Tim Harford is an economist, journalist and broadcaster. He is author of “How To Make the World Add Up” / “The Data Detective”, “Messy”, and the million-selling “The Undercover Economist”. He is a senior columnist at the Financial Times, and the presenter of BBC Radio’s “More or Less”, “How To Vaccinate The World”, and “Fifty Things That Made the Modern Economy”, as well as the podcast “Cautionary Tales” in which he tells "stories of awful human error, tragic catastrophes, daring heists and hilarious fiascos." Tim has spoken at TED, PopTech and the Sydney Opera House. He is an associate member of Nuffield College, Oxford and an honorary fellow of the Royal Statistical Society. Tim was made an OBE for services to improving economic understanding in the New Year honors of 2019. While he's quick to say that he's not a historian by training, he intertwines history and economics to tell great stories. (And it's my first ever conversation - albeit, via email - with a person who is a Commander of the Order of the British Empire. Cool. -Jeff Burns)

3. How does history play  a part of your professional life/career?

I studied philosophy and economics, and more recently have worked with statistics and statistical communication too. These are important topics but I've realized that by reading more history and adding historical stories I can bring subjects such as economics and statistics to life. There's a vividness and a truth to describing how ideas or technologies emerged from and shaped a particular time and place - rather than dealing with them purely in abstract.

5. What is your favorite period or aspect of history to learn about and why?

I often find myself writing about and researching smaller stories from between the two world wars. I'm not exactly sure why, but I suppose it was a time when the modern world was coming at us fast. The economic upheaval was huge, the structure of the economy was changing, but it was also a time that offered plenty of space for heroes and villains.

I wanted to tell stories about things going wrong - but also explore the explanations behind the mistakes. I'm fascinated by errors: why people make mistakes, how organizations or societies get things wrong, and the trajectory of disaster - and sometimes redemption. Mistakes make for good stories but they also make for good lessons, and if you can't learn lessons from history, what can you do? 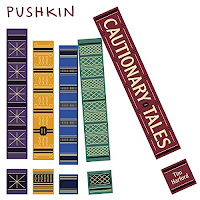 7. What can listeners expect from listening to your podcast?

A big range of true tales of disaster, some tragic, some comic, and some - just a few - with a happy ending. Amazing music and sound design. Brilliant actors - the latest series has Jeffrey Wright as the Reverend Martin Luther King Jr, and Helena Bonham Carter as Florence Nightingale. And my aim is to keep you hanging on because you just have to know how the story ends. 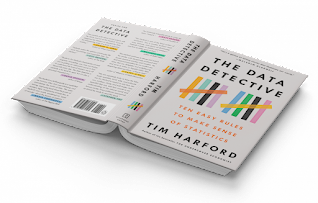